Tips on getting the most out of your travels 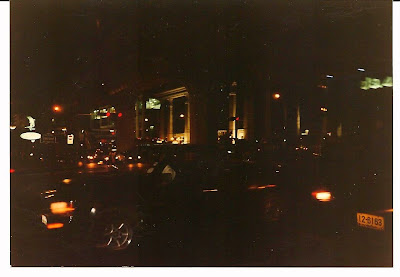 I prefers to travel with tour groups because they took care of the logistics and admin. The got discount of air tickets, hotels and foods.

If I want to stay longer in one place I would venture on my own at night after the end of the day itineraries.

In Japan I walk a record of 6.5 hours non-stop in Tokyo on my own. Unfortunately my roll of films were not properly put in the camera, so all the 36 photos which I took were spoilt.

After 6.5 of walking throughout Tokyo I got lost. When I asked for directions of my hotels, a kind person drove me back to the hotel.

At the China tour I prefer to stay extra days in Hong Kong and asked for our tour ticket to go back on our own. Fortunately it turn out to be a right move.

The extra day at Hong Kong I walk the cities until after midnight. There foods at the alley were very tasty my best indulgence were the beef soups, tipping some chillies oil inside the soup.

Even at midnight the Hong Kong MRT were fully loaded.

Cool countries need to prepare for windbreaker, gloves and thick clothing when you go there in winter etc.
You join the tour half way, in my europe tour a couple join us at the beginning later, they break off to the places they and and join later part when we are going back.

In Thailand when I touch down at might I when around the cities for few before I went back to sleep and wake up in the morning.

The best part is after hours of walking. Went back to the hotel turn on the long bathtub warm water. Submerge in it for half an hour to ease my fatigue.

Give generous tips, when you ask the tour manager to bring you to some unusual or interesting places, which is not in the tour itineraries.
You can hire a three wheeler taxi relatively inexpensive in Thailand to tour the city at midnight.

I took the tastiest fried rice at a Bangkok seafood restaurant. At S$8 with their homegrown prawns and very sweet orange juices. Some belts and silk goods is worth buying. 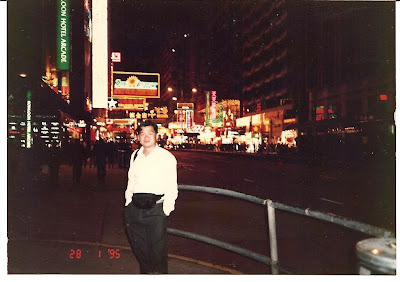