An inspiring member with 48 years of experiences 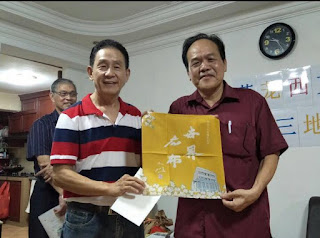 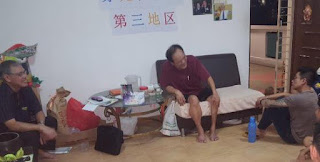 A tremendous actual proof of the power of Gohonzon in overcoming great odds, changing poisons into medicines
Kok Thai, related his amazing 48 years of experiences at the Geylang West Chapter, in the MD meeting, how he with strong determination, overcame tremendous difficulties in his life, borned suffering from polio, with little education worked in the Chinese wayang and numerous other jobs, married the second time, altogether he have 3 children.

In the 50s polios were common at that time.

In 1969, at the age of 14 he was introduced to Nichiren Daishonin Buddhism by his neighbor. Which was his greatest good fortune.


When he started he was not serious in his practice.

He related his experiences in sincerely volunteering as a security for kaikan and  teach playing the chinese wayang drums, which contributed to his good fortune of today

It tough to bring up 3 kids, from his 2 marriages, it is tougher for him as a polio victim, with walking difficulties.

Not long ago he overcame a serious heart trouble.

He got 2 wishes, to be featured in Singapore Soka Magazine and the media, which were fulfilled.

HIs story was featured in Mediacorp Channel 8, Tuesday Special Edition and the testimonial book by SSA - Breakthroughs. A compilation of SSA Men Division Experiences.  Page 147 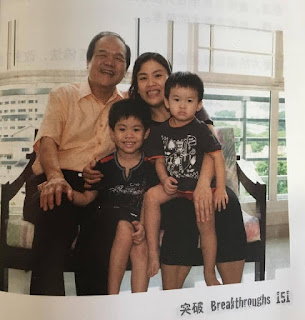 Posted by Henry Leong at 6:34 PM No comments:

Eric seen me sleeping in the street and our shakabuku campaign

Received a message from EricYeo, which he said he had seen me sleeping in the street.
I was sleeping outside our one room rental at Mattar Road and Sims Drive till 27 years old

I work for my mom half day. Since I had nothing to lose, near the bottom of my life. After working I went training football juggling and cycling feat to plumb up endorphins
He is a friendly and always seen me practicing (free style) football juggling at Woodsville and come to approach me

We would talk to people every in the market, roadside and swimming pool  etc.


He presently married with 2 children own a 3 room corner HDB flat with marble up the ceilings, near the MRT.


He is my greatest critic and spur be to work harder.


My amazing interview with One FM on my incredible experiences:
http://henryleongblog.blogspot.sg/2015/11/my-amazing-interview-of-my-story-by.html#.WUHq8BN96Rs
Posted by Henry Leong at 6:21 PM No comments:

The last second day of my tour, the tour director informed us, that the next day, the last day we got to find our own program there were no program for the group.

I asked around but nobody want to go together and the tour director didn't want to organise a tour coach to bring us to the city centre and I don't want to waste the time flying so far to do nothing on the day.

I went back to the hotel to pray earnestly.

Next morning, I woke up early went to our breakfast, met up with 4 persons in the group, this time they agreed to go together, and walk around 10 minute to the Mass Rapid Transit. It was Friday I was surprised that the MRT was quite empty, and it was fully automatic, no staff was station there.

Most of the population there speak Danish.

We got to go to the retail outlet to buy the ticket, some distance away. 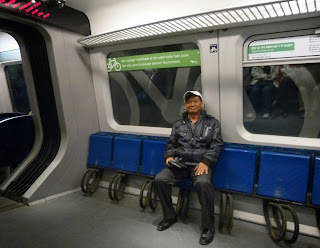 We dropped at the world longest shopping street‘Strøget’ from one end to another end. 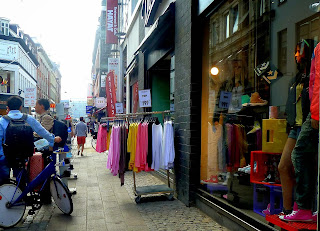 I bought a wallet for my wife but unfortunately it was lost in the MRT.

After the cruise we took the MRT back.
I found out that I had left the gift that I had brought for my wife at the MRT.
When I came back to the hotel, my friend ask me to take the lunch at the hotel. The staff was slow as there was not enough staff there, I took the most expensive hamburger in my life, which cost me S$30.
Posted by Henry Leong at 8:37 AM No comments:

The story related how I was introduced to this buddhism, my family was plagued by heavy karmic illnesses, poverty and disharmony. Presently my 3 sisters illnesses stabilized

Later how my family took up faith and overcome poverty, disharmony and karmic illnesses.

I enshrined the gohonzon first in 1990, then  I prayed for my mom and my brother to  receive the gohonzon later.https://chantforabetterlife.wordpress.com/2012/03/11/practise-faith-to-overcome-lifes-ups-and-downs/ 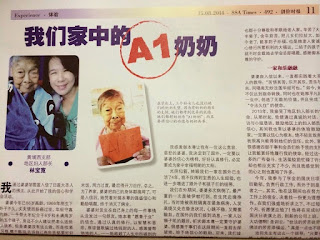 Photo featured my sister in law and my mom. 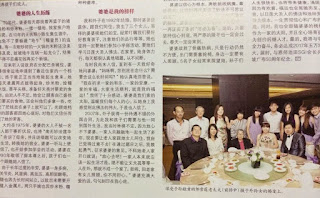 As the publication couldn't covered everything about my family, I and my mom were actually introduced to this buddhism way back in the 60s, my first discussion meeting was at Blk 14, Merpati Road. A YMD came to my house at Mattar Road to teach my mom gongyo. Subsequently my family lost touch with the buddhism

I was reintroduced to this practice in 1986 by Eric Yeo.
My sister in law started practicing after 16 years when I practice in 1986. She and my brother received the gohonzon soon after they practice. She and my niece Fiona are leaders in the organisation.
Presently most of my siblings are active except my second sister family, which practice on and off

Now each of our siblings own their own properties and harmony, A far cry from the earlier days, before we started the practice, where 10 persons squeezed in a room. 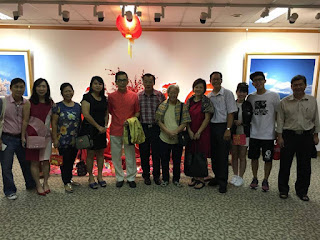 Posted by Henry Leong at 2:33 AM No comments: