Camping at Palau Tekong.
Together with classmates from other classes of UATS at East Coast Park/Palau Tekong

Few of my classmates together with other classes from Upper Aljunied Technical School, decided to camp in Palau Tekong.

A schoolmate Ah Han's grandmother stayed there. He brought us to his grandmother's house to pluck some coconuts. I volunteer to climb up.

I would climb up and one by one kicked the coconuts down.

Which is one of my happiest moment in my life. I was nearly killed. After 40 years I still in contact with my classmate Mike. Which I recently met him, he married a Swedish wife.

I love to read about Mark Twain books on adventures. But my life was not less adventurous.

An instant at the beach a group of us, decide to walk to a small island some distance away from the beach. That was low tide, but things change swiftly the tide raise rapidly, we were stranded. All of us panic, we were grabbing anything we can.

I thought I could be drowned. But luckily my friend found a piece of wood, so I and him able to swim safety back to the beach what a close call. Fortunately few of us were not drowned.

The immense pleasure watching the morning sun rise and set made it some of the happiest moment of my life.

At night fall Mike took out a guitar and kept strumming. and singing together. We would watch the amazing beautiful full moon. What an unforgettable sight.

We planned to stay there a week but after 5 days we called it a day.

My interviews with various medias

Verification of my football juggling and cycling feats which was broadcasted in the TV by Medicacorp Executive producer. Jackie Chan of SBC

Awards and featured in Singapore Press Holdings internal newsletter
News paper clippings had since lost, as SPH used to publish 3000 copies for staff to read.

In an email interview with Terry Ruby of USA

Podcast Karen Jarrett related my experiences in a podcast in UK

My photo selected by award winning journalist Kaitlin Fontana of Nowpublic.com/Flickr team for the:
www.nowpublic.com/the_best_cities_in_the_world_survey 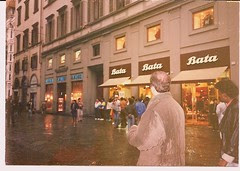 Photo was chosen for the best cities survey

My profile-blogs of useful tips and ideas:
CLICK HERE