My awesome visit to Niagara Falls

Going to Niagara Falls was a dream came true for me, I seem couldn't get enough of it, even now the falls was artificially stimulated.

When we reached the Sheraton Hotel around 7 pm, after I checked in I went straight away  to take picture of the Niagara Falls.

It has 3 falls, 2 at the USA side and one at the Canada side.

I used to spent much time in my younger days at the Pelton Canal  behind my house. Naturally I like the waterfront.

When I took pictures at the Canada side of the falls, it was too misty at night,  while the slight rain increase the mist, can't take good pictures. 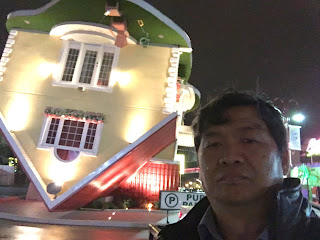 Went to the Sheraton Hotel and its surrounding to take pictures. Took pictures of the GBR and the upside down house.

When back to  the hotel took more picture of the falls from the window and took my favourite beer. And my favourite steam bath. Slept late as usual, tomorrow woke up early to maximize my sightseeing time. 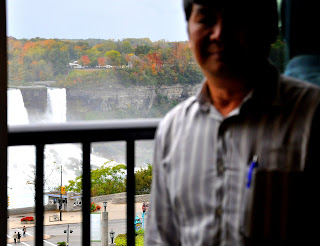 Next day woke up early in the morning do my gongyo and rush to sixth floor for  breakfast. Behind  me is the fall.


Then went to the Canada side of the falls and took lots of pictures.

Later in the afternoon when up the Skylon Tower to take more pictures and had our lunch. And went for the misty boat ride. It was a rough ride it was raining at that time, everybody was jostling for a good view and pictures. 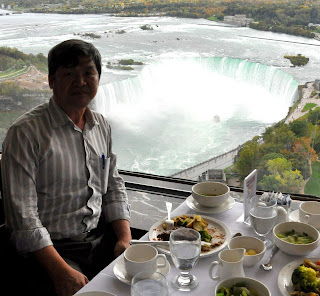 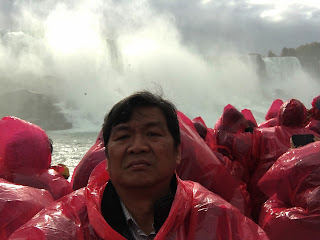 this look so fun Henry. I have been to the falls myself. Stayed in ontario for 3 weeks, many years back. where will you be heading to next.

Wonder, I wrote my blog after I had visited it sometime ago