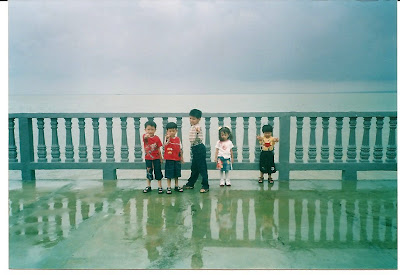 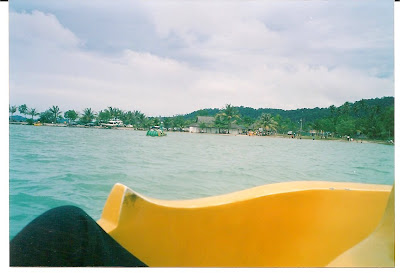 At a live seafood restaurant near the sea, Batam


At the Batam kelong, watching the wonderful sights of rising morning sun and sunset.

In some Chinese New Years I spent my holidays with my relatives in their house in Batam. The pace of life there is relaxing, not so fast as Singapore, their seafood is fantastic and inexpensive.

Among all curry I like Indonesia curry, the best because of it natural taste 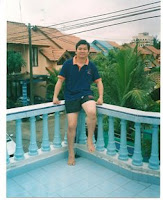 At an Indonesia curry restaurant
My relatives drove my whole family to different restaurants in Batam.

The 88 restaurant have rows and rows of inexpensive seafood stalls. There were TVs with large screens around showing football shows.

I tasted a few countries spicy sotong(squid) I like Indonesia the best.


In a different trip, the kelong at Batam, Indonesia which were organised by People Association for singles. I think these program that I joined, were among the happiest & the most memorable.

Indonesia had ten thousands islands, which some are very interesting to explore.

In the morning when I woke up to watched the beautiful sun rise and set, what an enchanting sight. Late into the night can watch the beautiful moon. I because of little air pollutions which made the atmosphere so wonderful.

Karaoke were provided. Sing your heart to content. Because the kelong now caught less fishes, so they were converted to tourist attractions. We can view the fisherman pulled up the nets with their daily catch from the kelong.

Fresh spicy seafood were provided for our meals, were some of the tastiest because of the freshness.

30 of my wife family members went to take photos in a photos studio, when I visited her at
Selat Panjang, an Indonesia Island.

It was first time for the the photo studio had to take pictures for such a large family. Subsequently my mother- in- law had eight more grandchildren .

To reach there it needed at least 3 and the half hour by boat. First we got to stopover at Batam.

It was an exciting journey. At the island their pastimes are riding a motorbike round and round the island at night.

I was curious that in the morning they let their chicken out of their houses to roam around. At night the chicken know how to find their way back home.

One of my most romantic moment was to hired a trishaw (tricycle) to ride, around the island with my future wife.