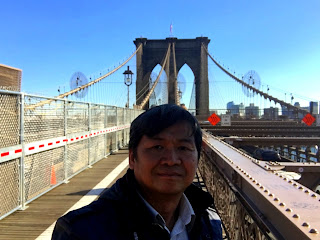 Going to the New York City on my own was one of my most challenging experiences in my travels. In an amazing 4 different modes of transports, by shuttle bus, railway, subway and cab.

I took a shuttle bus from the hotel to the Brunswick station railway line to Penn station in NYC, then asked one lady she brought me to the subway, to take the subway to Canal Road station at New York City Chinatown. 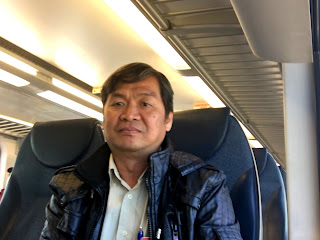 Photo: The train to Penn station

At 10.35am, which I started my journey, and  reached the Chinatown, after my meal at New Wong Hon restaurant at nearly 2 pm, and started walking to Brooklyn bridge, the crowd were huge, and then started walking to the Wall Street, which was barricaded. 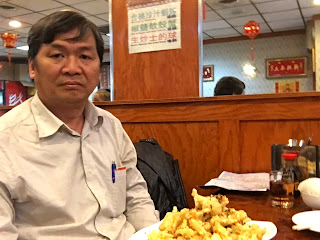 After taking some photos I walked back to Chinatown, ate a huge bowl of fish head soup. Then try finding the Canal Station this time is only 2 stations not 5 stations as before when I came.

I got to keep asking people for directions. Walking up out of the station looking for Penn Station railway line and back to Brunswick Station at New Jersey to take a cab home to the hotel, the trip from New Jersey is more than 50 KM  and back to the hotel at 7 pm.

I went on my own as the tour group went to shopping nearby at New Jersey. I toured NYC my own in case if I followed the tour group and miss something I was not able to see. 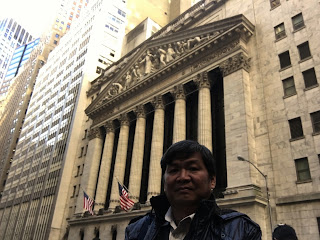