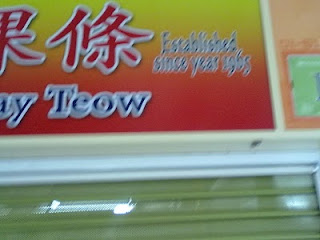 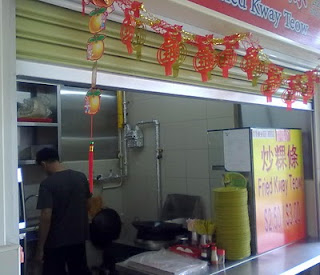 Recently I went to see this hawker, is he still around.

This man fried noodle at his stall for 42 years since the food stalls centre started at 1965.

Everyday without fail, he would stand there from morning fried the noodle (Fried Kway Teow) till night.

From dark hair, he fried the kway teow until his hair turned white.

His dedication to his trade is unbelievable

I heard that his wife was sick he got to take care of his wife.

His son told me his father had retired. So his children took over. His father occasionally came to take a look.

Will his children able do it for another 42 years?

Photo at top second is his son which I asked about his father.

Photo is the canal beside the food stall, which brought back many interesting memories.
Posted by Henry Leong at 8:30 PM