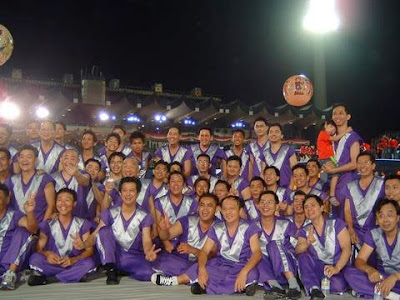 2006 NDP
Some photos of NDP06 memorable moments, together we struggled to made NDP a success. Some captivating photos through the years. I participated 18 NDP from 1986, to 2006. many of the photos were given by members 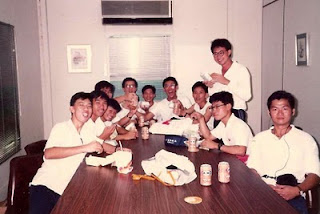 As a trainer
Our toughest challenge was 1995, our tower 8 kept falling even at the rehearsal to the finale.

I finally called my senior leader I told my senior that the trainer is putting the wrong person on the top, he should put the lightest person instead of the heavier one. We went to kaikan chanted one week and made the changes.

Some of the NDPs, I used to hold up the hips or the thigh of the participants to prevent them from shaking to much and fell down, due to my experiences which I used to train gymnastics in my primary school days and was a member of the school gym team in my secondary school days. So I am able to apply my skills to contribute to the NDPs. 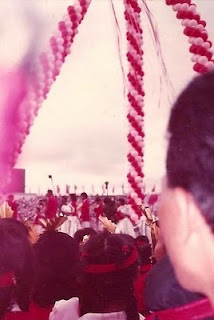 2002 NDP, running around the stadium, with temperature of 28 degrees, no rain, no winds so that the helium balloons didn't entangled 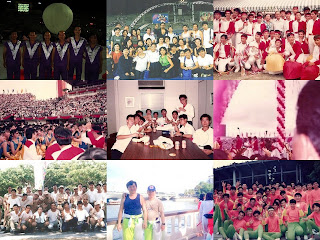