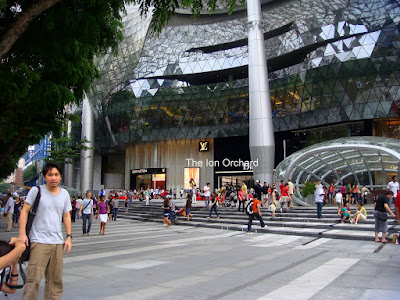 The Singapore oldest estates The Queenstown Estate had since came a long way. It had been 40 over years since the government first built it. With many massive developments around the area presently.
Recently I went to the top of the building to find out more. Wow! the sea and city view were stunning and captivating (see photos) http://henryleongphoto.blogspot.com/2009/06/view-from-top-of-40-storey-hdb-beside.html from top of the 40th storey, recently completed HDB beside the Commonwealth MRT, with a spectacular rooftop garden. With the shift in HDB policy involving more private architects, will the HDB building flat as high as 100 storey one day, with the Singapore population growing to 6.5 million and limited space?
Those older buildings around the area will soon be demolished and give way to the taller HDB with modern high tech fittings and amenities. The area used to be a sleepy town, with many old folk staying around. The government is trying to rejunevate the area by building Singapore largest private school MDIS Queensway beside it, and building the $100 millions building and hostel beside it and planning to draw 25,000 students from around the world. (Click here)
The $15 billions Biopolis, Fusionpolis, One North, Media Center etc. It had drawn many top notch scientists to work there and had made many innovations under it's belta (Click here).
Efficient and intensified use of resources were needed to be considered to optimised the use of land. To draw talented artistes, creative & scientific community from around the world to work here, an ultra-modern state of art $700 millions arts, cultural, commercial & shopping building beside the junction of One-North and Bouna Vista MRT. (Click here). It was built beside the mrt to make easy access to everyone.
The old New Town Primary School which was vacated, wil be transform into a modern Heritage Centre beside the Commonwealth MRT and a high tech shopping and commercial building was built beside it http://www.data.com.sg/iProjectDetails.jsp?bldg=ONE%20COMMONWEALTH
The 40th storey HDB had attracted widespread attentions and popularity, with many times oversubscribed. It was built just beside the Commonwealth MRT. The ever popular Shieng Siong especially the live seafood and Koufu drawn huge crowd from other area.
The rooftop garden was beautiful and magnificent (see picture). Now it attracted many new expat and younger population came to stay in the area and continued to revitalise the area, bring diversified ideas.
Queenstown is the nearest HDB estate to Orchard Road. With many largest shoppings and development to be completed soon. Like Dempsey Hill Eatery & The state of art Ion. The area is link to Labrador Park beach through the Circle Line MRT
The future of the area is exciting.
Posted by Henry Leong at 9:24 PM